Can dexamethasone be effective for migraine treatment 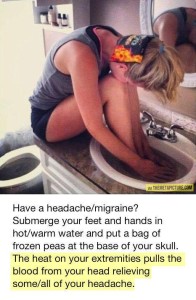 It’s important to understand migraines and what there is to help with the pain and overall recurrence of migraines. These can be debilitating headaches that are caused by some swelling and inflammation within the brain.

Dexamethasone for migraine treatment has been used and it may even be administered within the ER if you go in complaining of a migraine. It is not a common treatment, so it is important to look at what will warrant a doctor prescribing the injection.

Approximately 12% of the population in the United States will get migraines. They are three times more common in women and approximately 1 in 7 people will go to the ER because of a severe migraine. They are caused by all sorts of things including smoking, stress, bright lights, food additives, lack of sleep, change in medications, changes in weather, and much more.

There are many over the counter medications designed for migraine relief, but if you are experiencing severe ones, you may need something more effective.

If you think you have a severe migraine, it may be necessary to go into the ER, but you want someone else to drive you. Some of the symptoms that would warrant a trip to the ER include:

Doctors within the ER are going to determine whether they are going to focus on pain relief or stopping the migraine from coming back. There are several medications that can be used purely for pain relief and this includes opioids, NSAIDs, neuroleptics, and more. However, there is only one medication that is used to stop the migraine from returning. Dexamethasone for migraines is used for pain relief and to treat inflammation. When administered, it is capable of preventing migraines from returning.

Dexamethasone, which is also known by the brand name of Decadron, is typically given as an injection. Doctors are going to exercise caution when administering only because of the possible side effects. This means that they are only going to give it to you if they think you have a high chance of getting another migraine.

Some of the side effects that coincide with dexamethasone for migraines include headache, dizziness, nausea, trouble sleeping and potentially other issues as well, though they are not as common.

If you have a migraine and get them often, you have to look at what is going to be done about it to reduce the frequency in which they occur. If you are not seeing relief from the over the counter medications and you have been to the ER in the past, dexamethasone may be a viable solution and has been known to be very effective.

“Can dexamethasone be used for Lichen Planus?“